Our latest chef profile is Alan Bryce, chef at KC’s Grill & Bar where you can not only enjoy awesome food but also live music! Great location right in town, to be able to just sit out the front and enjoy a drink and take in the street views or to have a meal and hear great local and live music. 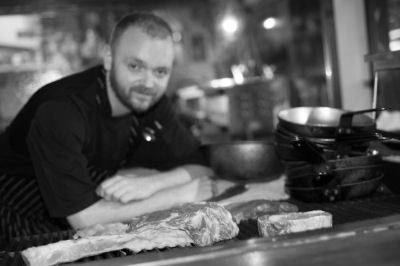 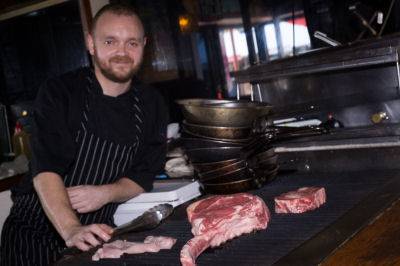 Great service with a varied menu choice make KC’s a definite go to for relaxing with friends anytime. Read on below for the lowdown on Alan.

If you were on Death row what would your last meal be?
A large plate of slow cooked spicy BBQ Ribs.

What made you want to become a chef?
I was working in a kitchen to earn money whilst still at school and just got hooked on the high intensity and pressure.

Favorite ingredient to cook with?
Garlic, I use it in nearly everything I cook .

If you had your own restaurant what would you call it and what would you be cooking?
I’d just simply name it ‘Alans’ or’ Bryceys’ and it would be an upmarket Grill and seafood bar with the menu changing regularly based what fresh produce was available each day.

Least favorite dish to cook?
I really dislike dishes where the customer insists on me cooking the product to death despite my advice on how to try it.

Have you ever cooked for any VIP’s in your time?
I used to work at a 5 star hotel called ‘The Marcliffe Hotel and Spa’ in Aberdeen, Scotland where alot of VIP,s stayed but the two i remember most were Billy Connolly the comedian and Donald Trump who was building golf courses in Scotland at the time.

Most of us know how full on kitchens can be when they are busy. Have you had any injuries as a result of the mayhem that is “service”?
I managed to stick a knife into my hand as a trainee chef whilst filleting fish on ‘Mothers day’ which required a few stitches in the end. The senior chef took one look and said “here’s a band-aid and some superglue suck it up and get that f*****g fish finished”

Who would you most like to have dinner with?
Marco Pierre White I’ve always admired him as a chef and bet he would have some cracking stories to tell.

What do you do to unwind?
I like to go out for dinner and a few drinks with friends or if I have time being out on the water for a sail or going snorkeling.

If Hollywood made a movie of your life who would you like to see cast as you?
I’ll have to say Simon Pegg as quite a few people have said I look similar apparently!