Walters Lounge is the perfect Whitsunday location if you want to experience a bit of everything with a touch of class. Their menu has a great selection of share plates & nibbles that can be matched with a selection of boutique wines and cocktails that you have to try before you die. 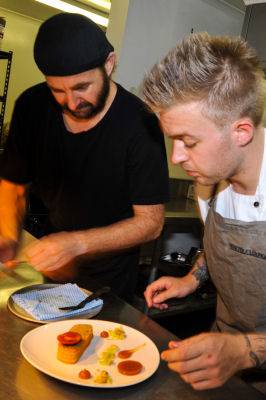 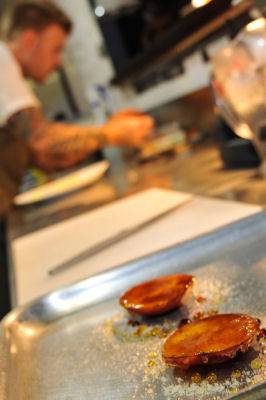 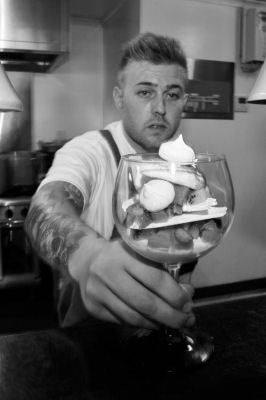 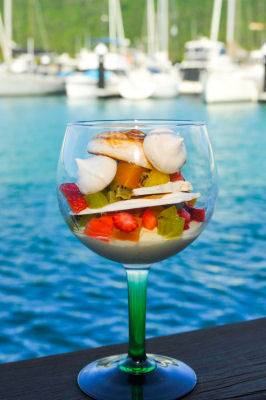 Hot Tip: Ask Heath to surprise with a cocktail with you favorite flavors & the Chefs Shared Tasting Menu….

What made you want to become a chef?
The high intensity of the kitchen, adrenaline rush of service, great job satisfaction and lifestyle really attracted me it’s addicting.

What is the best advice another chef has given you?
you will never stop learning and that you can learn from anyone.

Where do you see yourself in 10 years?
Hopefully with a hat, two or maybe three under my belt.

What is your favorite ingredient to cook with?
Butter, although at work now I don’t use a great deal of it due to customer intolerance’s, but when im at home its my base !

What is the craziest thing you have seen in a kitchen? (Remember G Rated)
There is lots of crazy things I’ve witnessed over the years, but something G rated… I remember a screaming match between my Head chef and Sous chef over the use of meat glue on valentines day 3 hours before service we were behind on prep and trying to sort out the finishing touches on our amuse bouche for the night, then the Sous chef walked out. The Head chef then called for a whole new amuse for the night, never had to work so hard in my life especially with a hangover.

If you were the head chef on the Death Star what would you cook for Darth Vader?
Sashimi of Princess Leia with a Skywalker gel.

If you weren’t a chef what would you be doing for a living?
I’d be a horse doctor.

At Walter’s you have a great little team. What is the secret to you guys all getting a long living and working together?
The four of us were friends prior to working here and we all love what we do, so I guess we always just make it work. A few beers here and there also tends to help deal with each other !

If you were rescued from an island with a volley ball called Wilson, what would the first meal you would want to eat after being found?
A 500g Wagyu beef rump medium-rare, some coleslaw and peri peri chips from nando’s!